I worked for Hodgetts + Fung in LA for about a year ('89-'90) during which there was a collaboration with William Gibson for an exhibit at the SFMOMA. I had already read the Sprawl trilogy and it was still a couple years before the first book of the Bridge trilogy (Virtual Light ) would be published in '93. The exhibit - if I remember correctly - concerned an exploration of the ad hoc bridge community & multinational corporations in SF that Gibson was developing for his Bridge trilogy. I was not on the design team for the project but was inspired to make these sketches on my own. Obviously I was less concerned w/ the architecture than the characters. 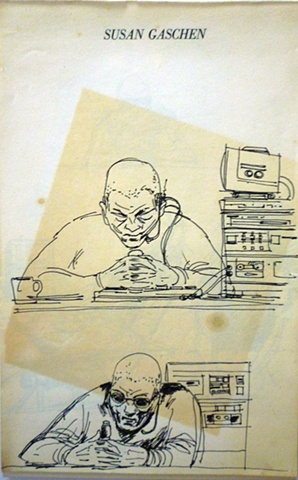 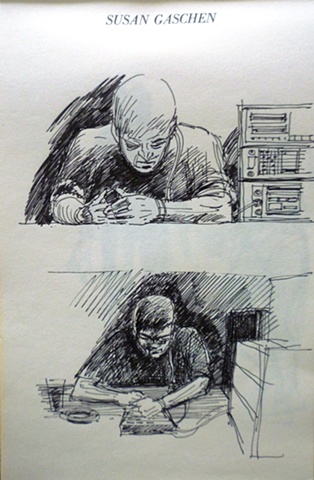 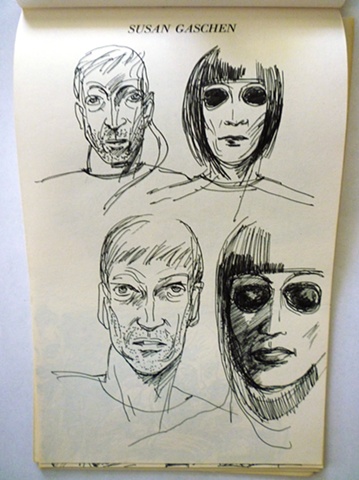 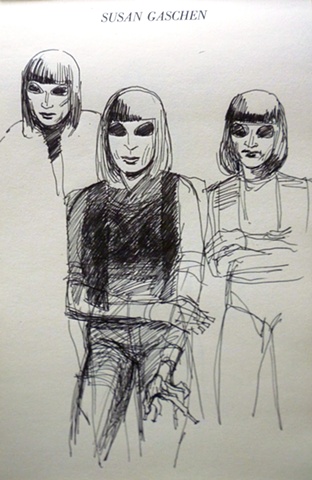 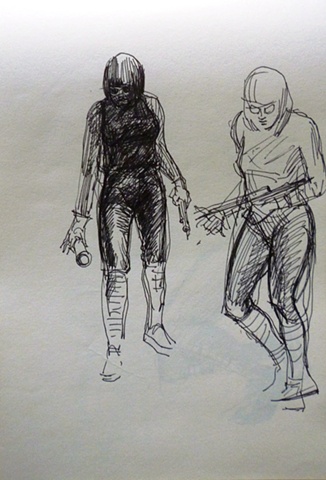 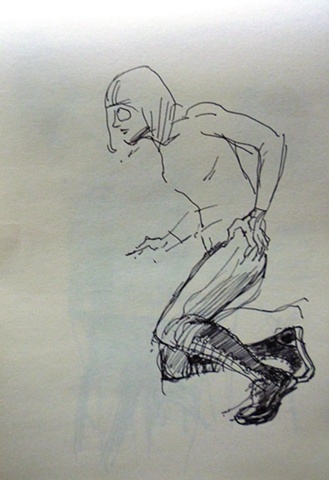 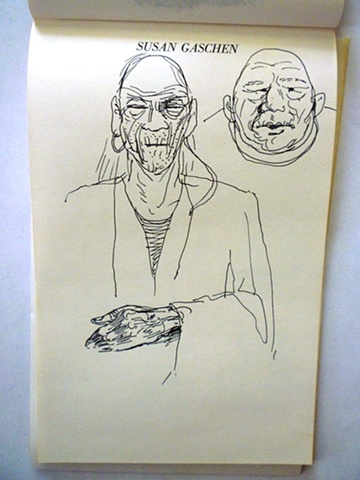 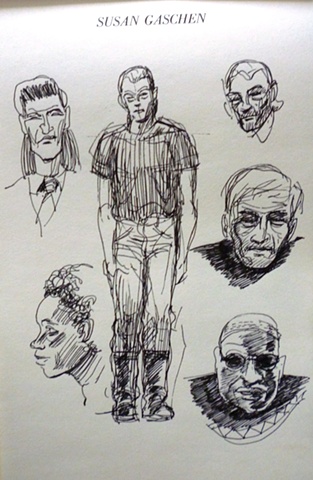 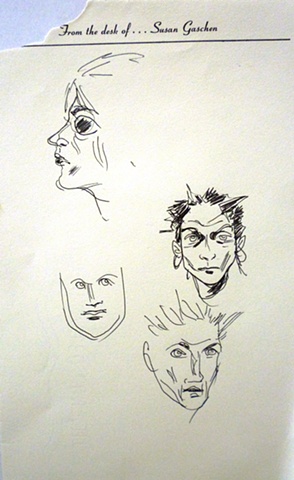 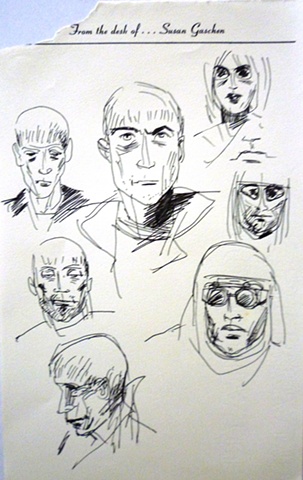 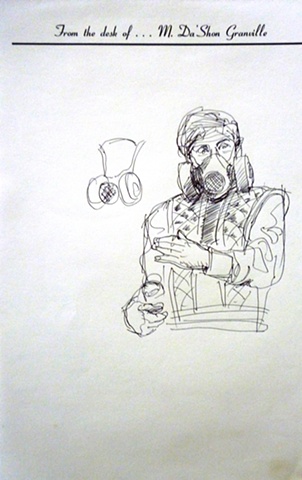 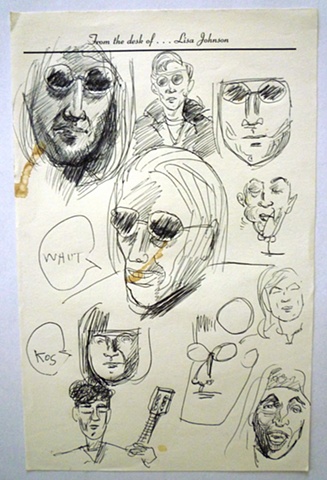 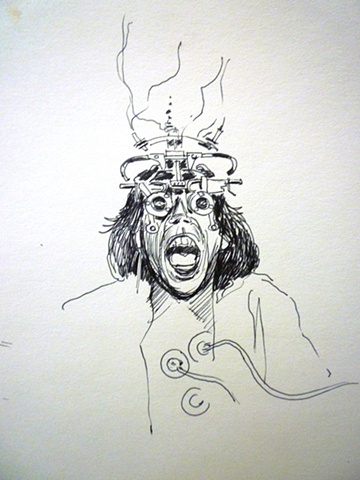 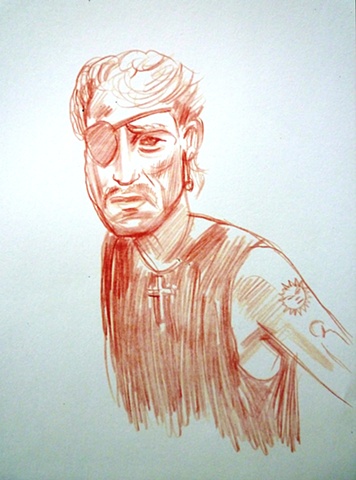 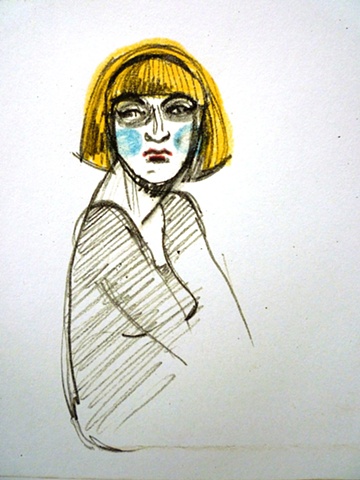 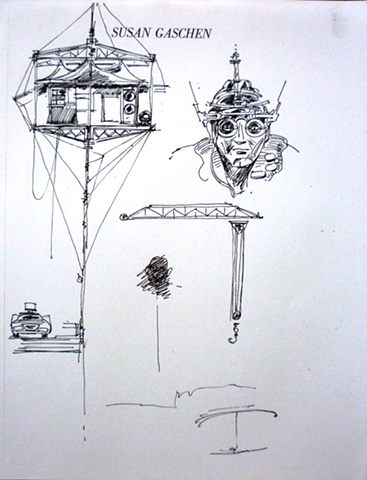 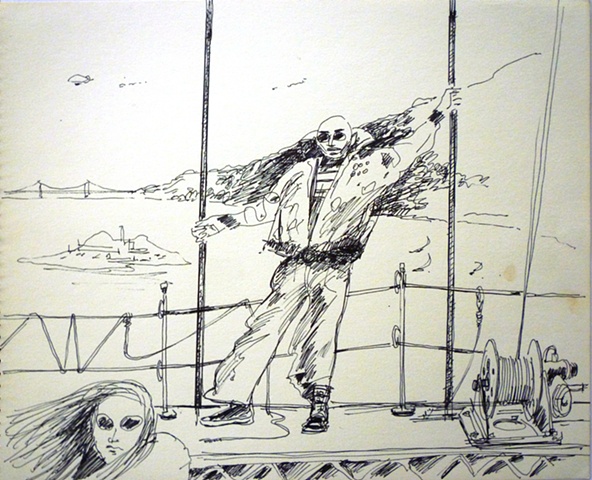 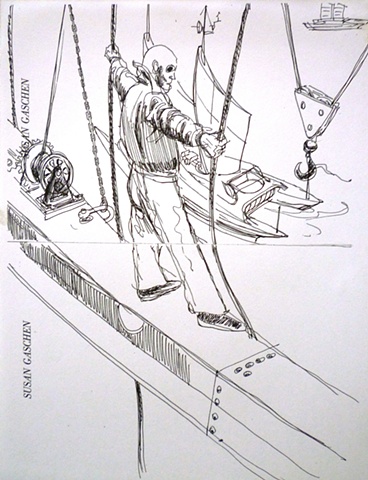 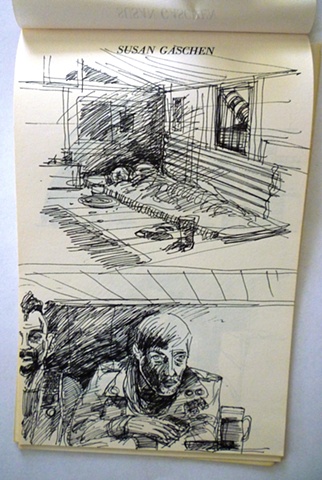 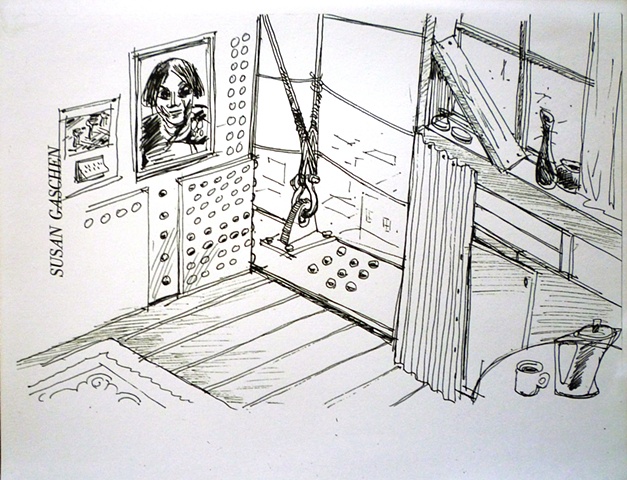 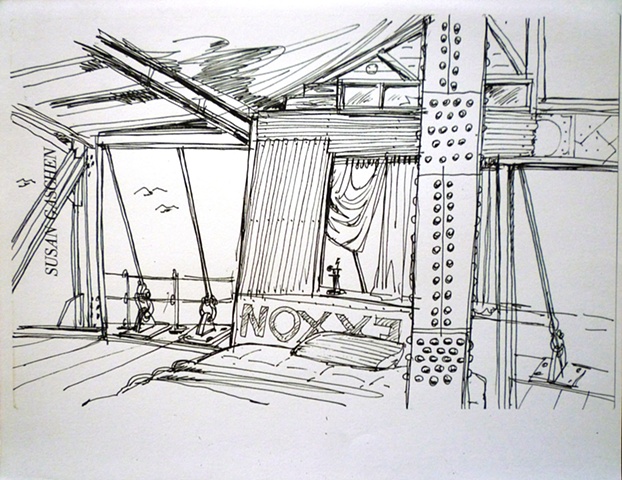 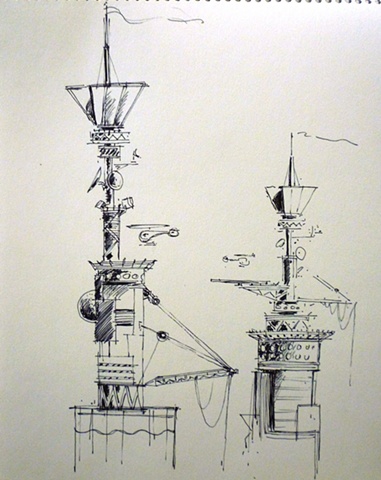 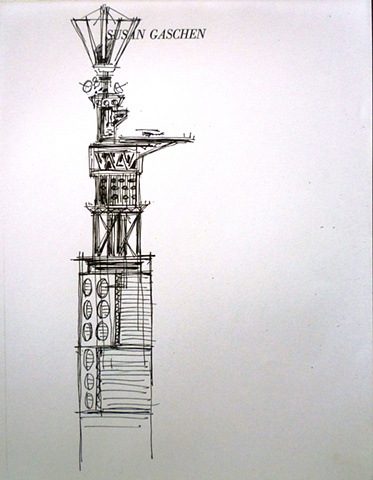 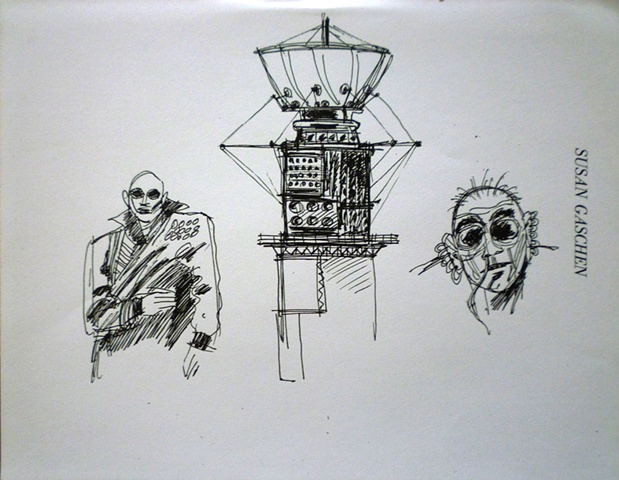 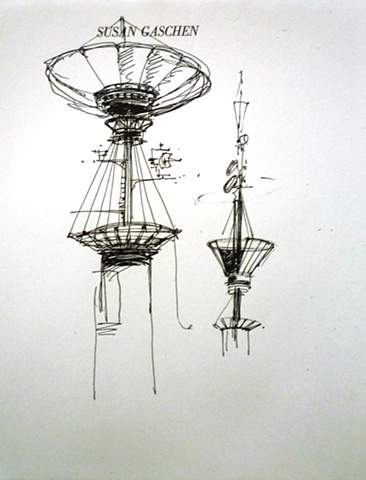 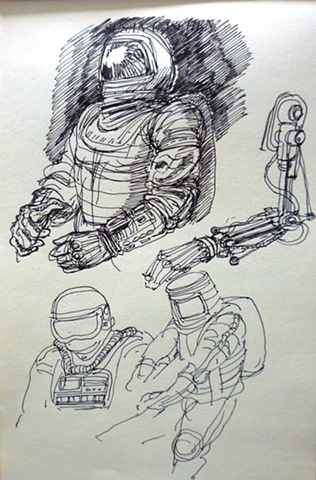 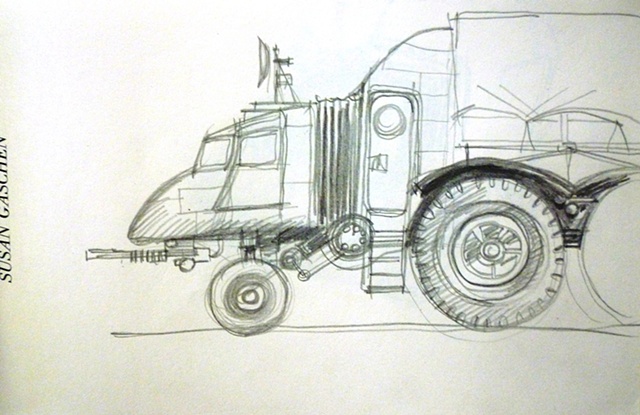 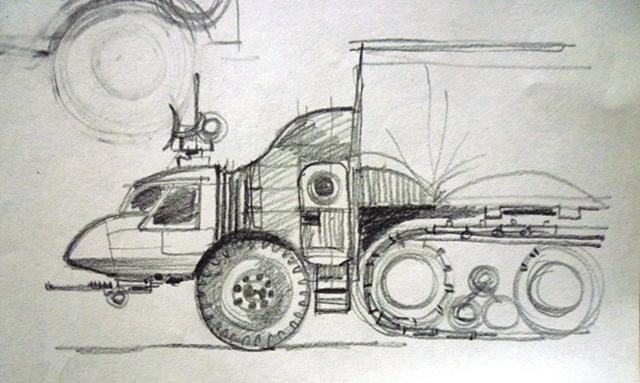 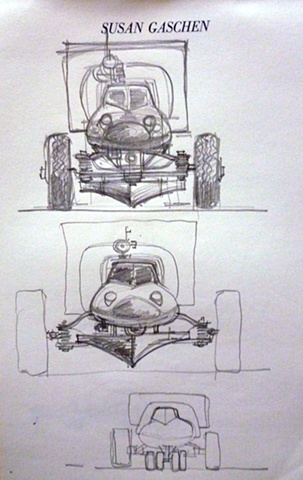