I am a self-taught artist with a background in architecture and blacksmithing, and I have a lifelong interest in drawing as a means to understanding. My sculptural interests lie in the expression of form, scale and motion – in different materials, primarily steel.

I think about form in terms of transformation. My work is an exploration of possibilities – of movement / space / tension – of space / time / location.

My two main tools are path and pattern. * Path as a course of action or procedure. * Pattern as a configuration or design – either natural, by chance or imposed. Patterns in nature (Golden Ratio) and mathematics (Fibonacci sequence). Patterns in art and architecture. The Maze and the Mandala. * Path begets pattern. Path manipulates pattern. And path implements pattern.

Roberta Smith wrote in The New York Times, “Writing about Jasper Johns, it is often irresistible to quote, yet again, the artist's famous sketchbook note: ‘Take an object. Do something to it. Do something else to it.’”

One of my major influences is the Basque sculptor Eduardo Chillida who said “I believe I must venture into making what I know not; seek to visualize where I do not see . . . Adventure, as it skirts the unknown, can at times bring forth art.” Chillida, Peter Selz and James Johnson Sweeney

Path as Pattern: the Works of Bill Molthen

The Exhibition, Path and Patter, by Austin artist Bill Molthen features both two-dimensional and three-dimensional works created by the artist over the last twenty years. As he explains in his artist's statement, "process matters." As part of that process, he employs two main tools: path and pattern. For Molthen, path represents "a course of action or procedure," while pattern represents "a configuration or design -- either natural, by chance or imposed." in his work, path and pattern are inextricably linked as can be seen in Artist as Enigma (2009). Here he utilizes a stencil to create a near vertigo-inducing pattern within the abstract bust representing the artist. On approach that pattern appears to advance toward the viewer. The use of the stencil recalls the work of graffiti artists like Banksy and Keith Haring, all the while giving it that street vibe. Many of this two-dimensional works have an unpolished look to them which can be refreshing.

Molthen's steel sculptures can be linked to his major artistic influence, the Basque sculptor Eduardo Chillida. They appear as small-scale versions of Chillida's later abstract work. Tree for Piet (1997), for example, is an homage to Dutch artist Piet Mondrian. It immediately recalled for me Mondrian's transitional works like Apple Tree in Flower (1912) which mark his evolution as a painter of the modern. Such works found the polemic basis of his later iconic grids characteristic of De Stijl. In the hand cut steel plate entitled, Maze/Mandala (1995), Molthen evokes both of those forms, one western associated with myth and the other non-western associated with sacred art. The convergence of the two parallels the path and pattern of his work with one begetting the other. For more information on the artist, see his website http://molthen.com. 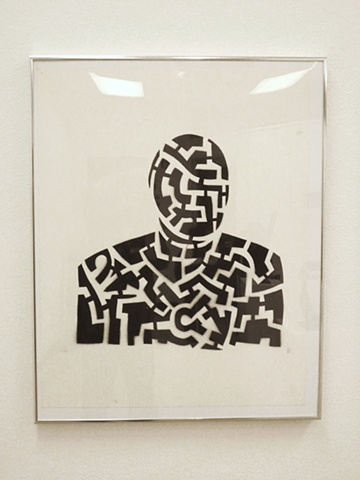 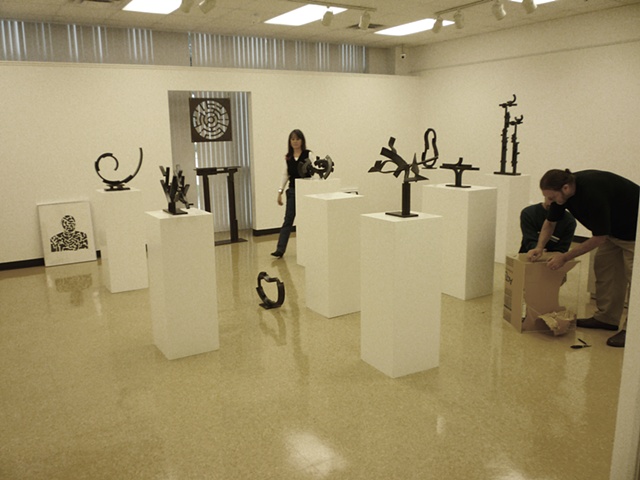 Installation of Path and Pattern 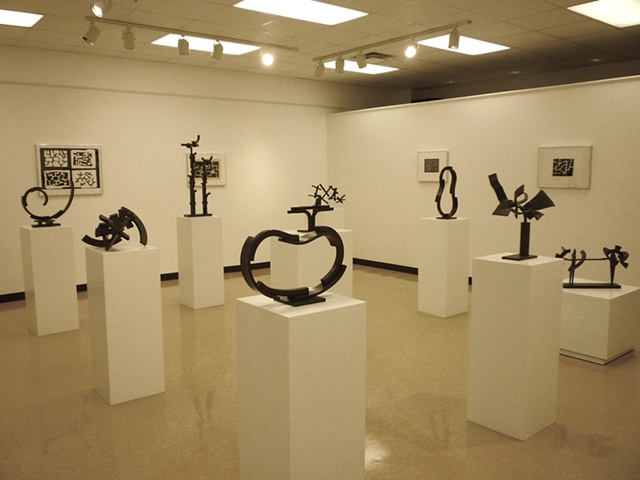 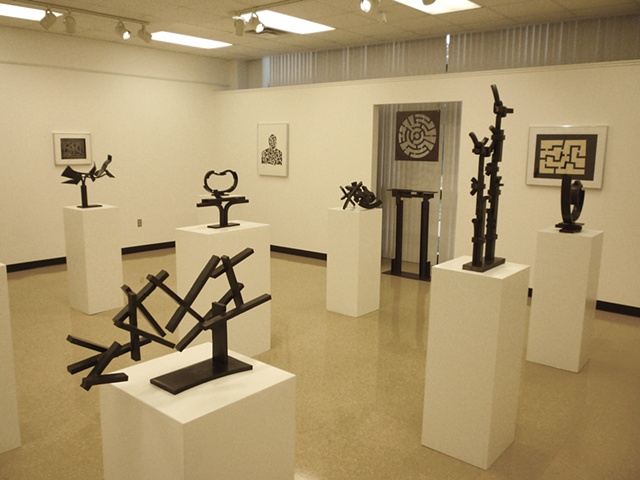 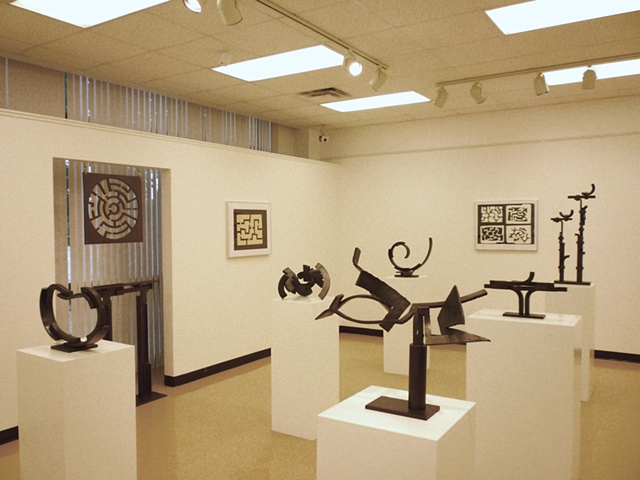 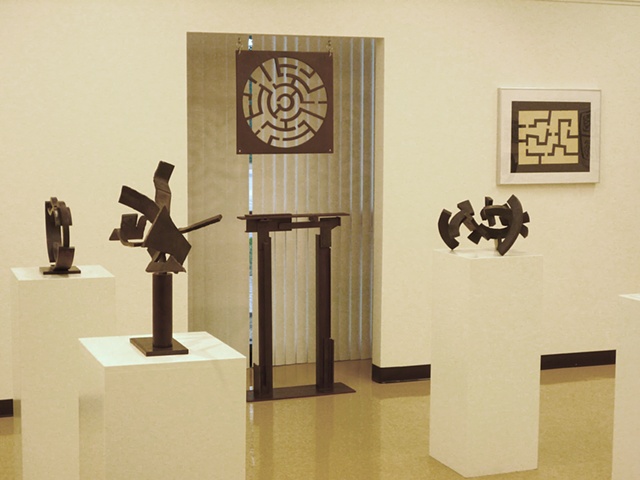 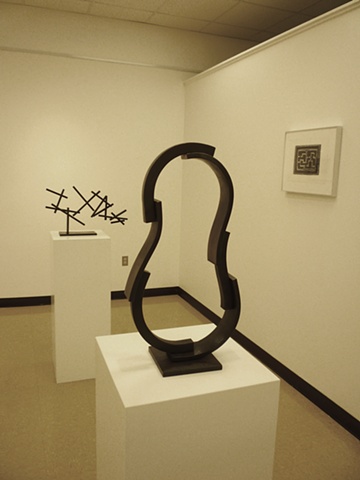 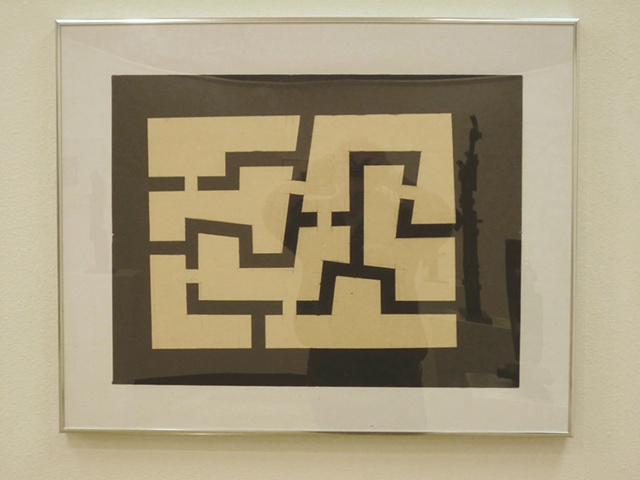 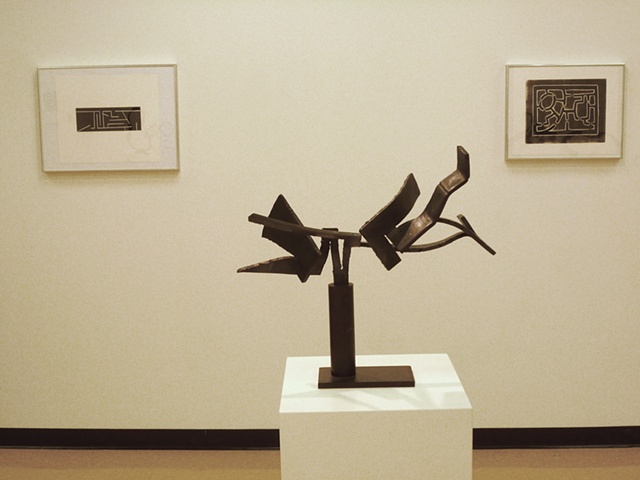 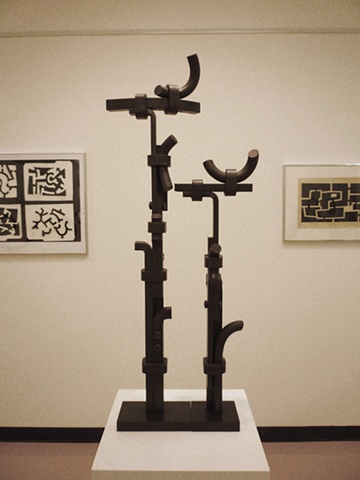 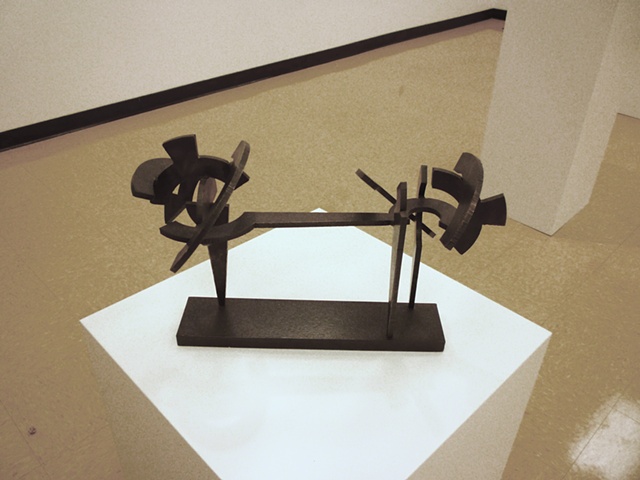 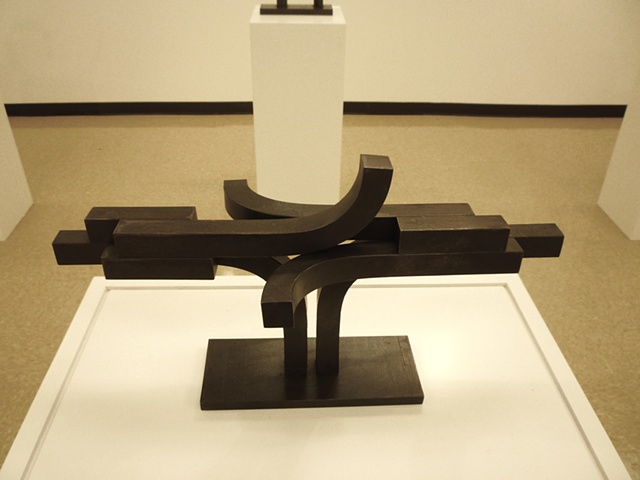